The sponsor at this month's challenge is

I chose  "Emmy Lou - A Poppy for You" to create a page in my 2018 Junk Journal for 25th April which is ANZAC day .  Which is a national day of remembrance across Australia and New Zealand, commemorating those that served and died in warfare conflicts.

I've coloured Emmy Lou with copic pens and fussy cut, layered her onto Poppy patterned paper from Stampin Up.  Black pearls have been added to the centre of the poppy and one corner has a black pearl flourish from Flourish with a Bling.

The page has been adhered to an envelope and has now become and additional page to the album. 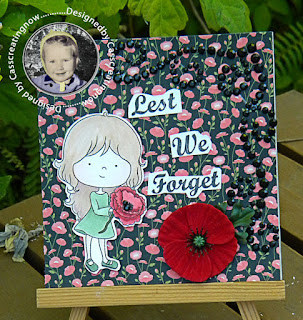 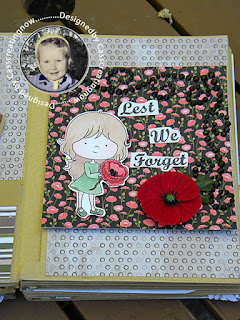