I haven't added a sentiment as I thought it would be a great card to send with a letter written on it to someone for Christmas.  Lots of space to write!

I have used the edge diecuts on a strip of cardstock and folded twice.  Diecut the edgings again, coloured the elements with copic pens, cut them off the strip and glued them to the original diecuts.  Then added the Christmas Cottages from Beccy's place, which were also coloured with copic pens, some liquid pearls were used for the snow. 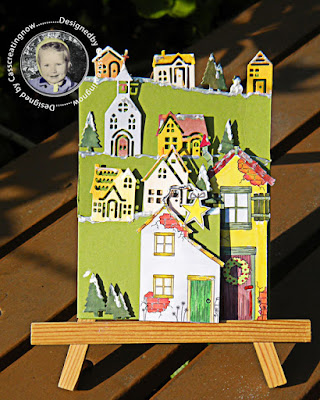 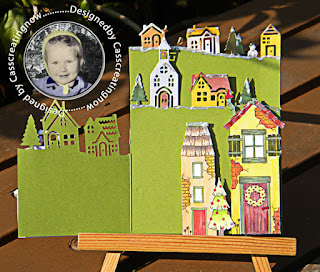 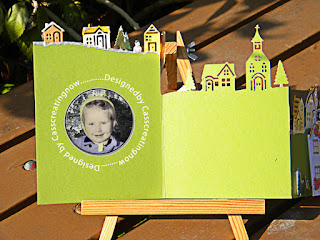 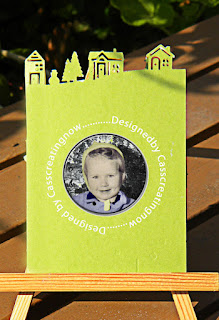 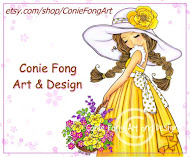