This month's image from the Monthly Progressive Challenge at Outlawz is "General Store" by Createful Hearts.

After trying a precut pop up base and not liking the result, I ended up creating and cutting a card base to create the pop up effect.

I have kept the front fairly plain, using diecuts only.  Then when opened the card has a small scene of the store and surround trees.

The image has been coloured with copic pens and fussy cut and adhered to the card.
Pale green cardstock has been added to the card inside and out.  The inside piece behind the store was a scrap which had some inking on it, hoping it looks like a setting sun skyline  (not sure it is visible in the photo) 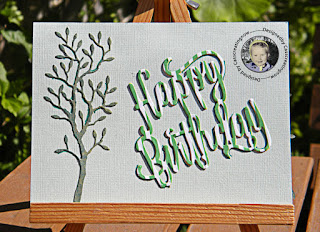 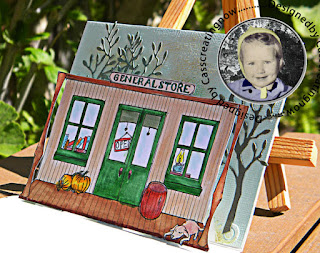 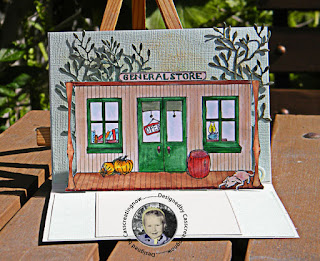