It's Beginning to look a lot like Christmas ...Could Someone Please Tell the Weatherman

This posting is a bit long as I have included 5different projects, which have been spread over 11 challenges, all challenges have been listed separately below the relevant project.

It will officially be Summer in Australia in 21 days. Christmas decorations are appearing, Christmas shopping has commenced.  But no-one has told the weather man, apart from a few lovely spring days, it feels like we have been in winter for the last 6 months, which makes it very hard for me to get outside and take photos.  This morning i was able to get outside for a short while in between showers and photogrpah these projects.

My first card features a cute Santa Teddy carolling,  the only name I have is tegning 61, I know he was a freebie, but that is the only caption the artist put on this image.  Coloured with Copic Pens.  I have embossed some green cardstock with a word embossing folder, and chalked over one section. 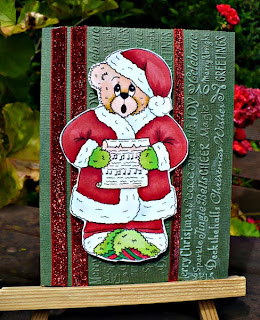 Next project is a CAS Christmas Card, featuring an image from Beyond the Fringe Crafts, called "Birds".
I have used Copic Pens to colour the leaves, berries and certain parts of the hats.  Added one red pearl onto the top berry, stamped a sentiment and mounted onto green cardstock. 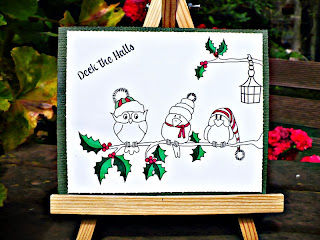 Project # 3 is a simple Christmas gift tag, coloured with copic and some added glitter (got to have glitter for Christmas), stamped a To and From.  The image is from Sami Stamps and is this months freebie, it can be found HERE 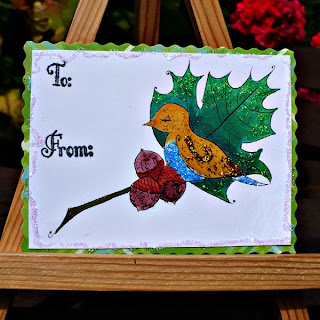 Project # 4,has an image I love to use each year, now I know I have coloured the kangaroos, but the image does remind of the song "Six White Boomers", here is the chorus 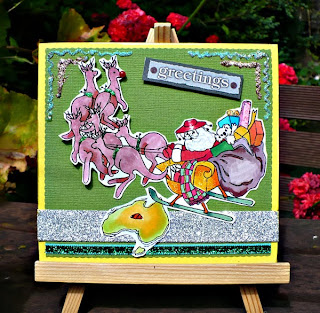 Entered into:
ABC Christmas - V for Vixen use a Reindeer
Just Inspiration - Use Glitter

My last but not least Christmas Project for today was inspired by a challenge at Lunargirl Moonbeam, "Secrets and Hidden Things".  Not sure how many people do altered matchboxes, but they are great fun, can be done for all types of occasions and reasons.  I have used images from Lunargirl Moonbeam, " Santa 1" sheet.  Look for her images HERE.  These small matchboxes have been covered with different papers (I am only showing one side-on).  Glttle and gems on top, ribbon attached down the sides and under the drawer, then folded over to make a tab for opening.  You can out in a couple of chocolate or lollies, I'm putting in some small punched shaped for a young girl who loves to craft. 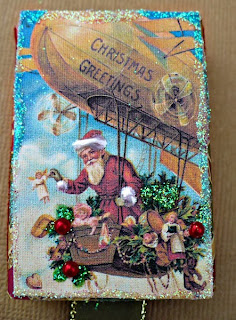 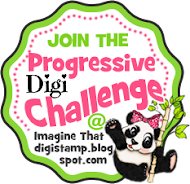 1st Friday of each Month 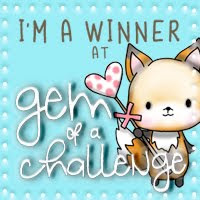 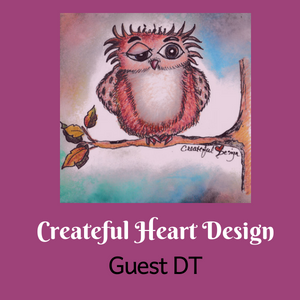 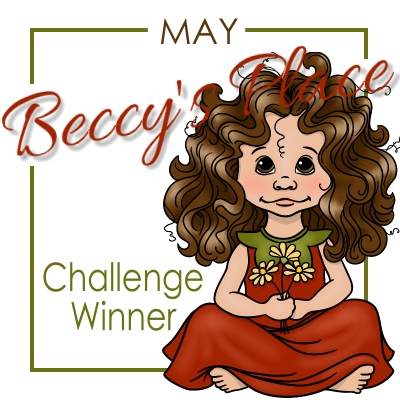